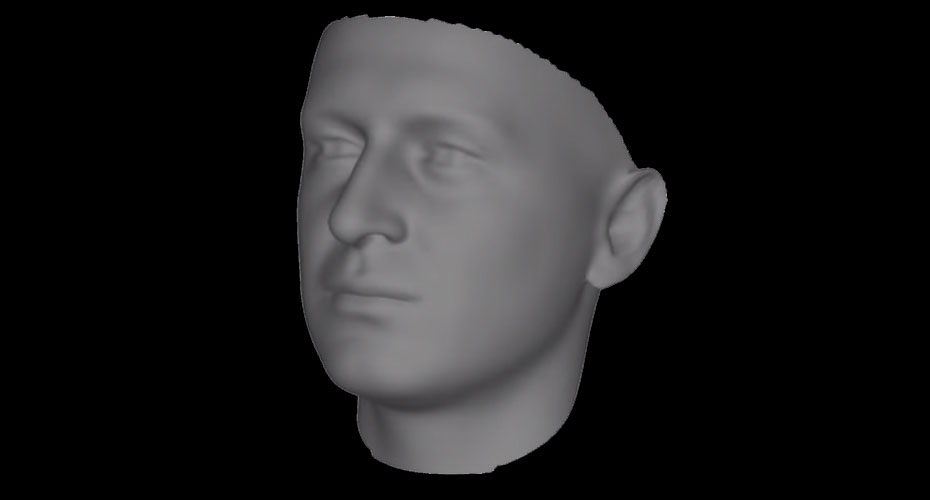 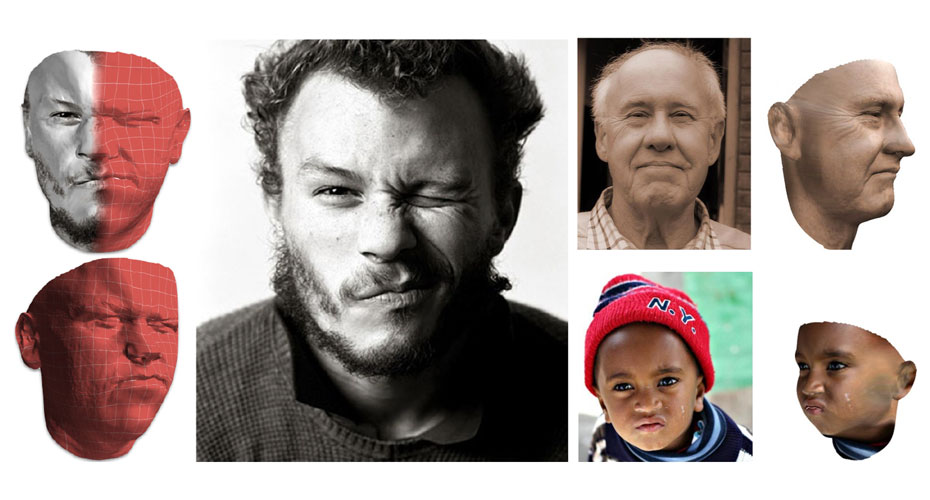 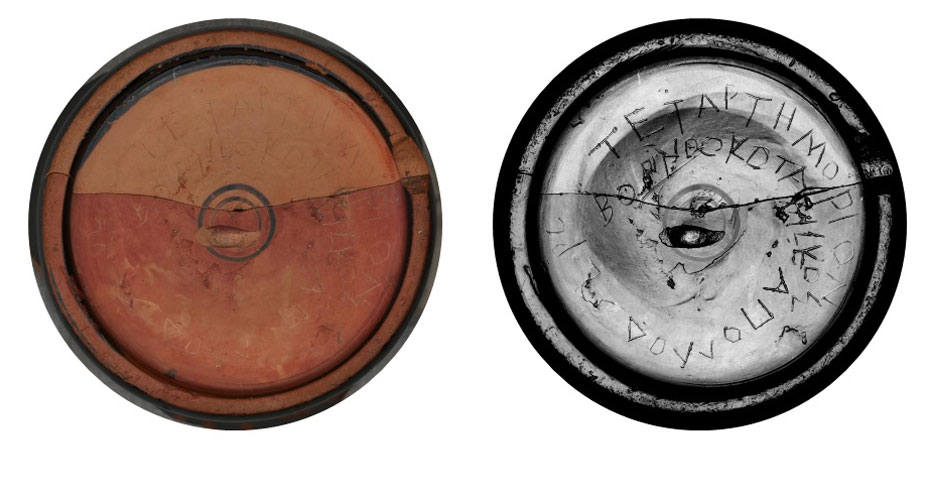 Machine learning is the science of constructing algorithms that learn from data and in the case of computer vision, to image and video data.

The proliferation of data and the availability of high performance computing makes this a fertile and very applicable area of research. It draws on ideas in computer science, statistics and applied mathematics, together with biologically inspired paradigms such as neural computation.

Machine learning research at Exeter spans the range of data, applications and methodologies: from kernel methods to deep neural architectures and reinforcement learning applied to both continuous and discrete, graph-based data.

The group collaborates with industrial partners and with the Impact Lab, and contributes strongly to the University’s membership of the Alan Turing Institute.

Computational fluid dynamics (CFD) is fundamental to modern engineering design, from aircraft and cars to household appliances. It allows the behaviour of fluids to be computationally simulated and new designs to be evaluated. However, each CFD evaluation can take a long time, possibly hours or days.

Our diverse range of industrial collaborations will ensure research is driven by realistic industrial problems and builds on existing industrial experience.

Funded by Innovate UK, this project is learning the best parameters to enable digital twins to faithfully represent real-world systems.

Machine learning and machine vision are being used to automatically detect and classify defects in waste-water pipes from CCTV inspections in this collaboration with Innovate UK and South West Water.

Developing novel methods for modelling and reconstructing the 3D geometry and dynamics of the human face from image data, with unprecedented quality.

Improving safety at sea by predicting waves and quiescent periods

This project is using machine learning methods to model the sea’s surface from maritime radar observations, and then using the model to make predictions of that surface for up to two minutes into the future.

Learning to model the sea’s surface from video

We are using our knowledge of the constraints on the shapes of sea waves and their spectra, to learn the scale and shapes of waves from video recorded by a single, monoscopic camera installed on a ship.

This project involves developing image processing techniques, based on inexpensive, off-the-shelf digital photographic equipment, to model the shape of a surface and hence read its inscriptions.

We are working with the Royal Society to develop collaborative strategies to enable multiple drones to efficiently detect marine oil spills.

Using deep learning to enhance infrared images via super resolution and detect/recognise low-pixel targets. This project is a collaboration with CENSIS, Thales and the Scottish Funding Council (SFC).

This interdisciplinary ESRC-funded project uses machine learning, text analysis and network science to understand how people are exposed to political news online. Find out more on the ExpoNet webpage.

Wind storms can cause great damage to property and infrastructure. The windstorm footprint is an important summary of the hazard, of great relevance to the insurance industry and to infrastructure providers.

Windstorm footprints are conventionally estimated from meteorological data and numerical weather model analyses. However there are several interesting, less structured data sources (video feeds, social media data, amateur meteorological observations) that could contribute to their estimation, and more importantly will raise the spatial resolution of estimates.

These will be investigated as part of this 4-year NERC-funded project which will develop and compare statistical process modelling and machine learning approaches to the problem.

Funded by the ESRC, this project considers social media as a data source to monitor pollen and air pollution alongside their health impacts such as hayfever and asthma. Visit the social sensing Exeter website.

Towards understanding recurrent neural networks by means of network attractors

This project is developing our understanding the behaviour of recurrent neural networks with dynamical systems theory.

Change and anomaly detection in sequences of graphs

We are designing a statistical-geometrical framework to perform change detection on sequences of attributed graphs of varying size. This project is in collaboration with the Swiss National Science Foundation (SNF).

How much of driving is pre-attentive? Quite a lot, it appears. For an experienced driver, the act of driving requires little attention, allowing for extended periods of driving, while at the same time having a conversation, looking for directions or daydreaming. It is precisely because little attention is necessary that drivers' inattention is such a common cause of accident.

Research in collaboration with the University of Surrey has been investigating exactly how much of a driver’s actions could be explained by pre-attentive perception only [1]. This research employed a computational model of pre-attentive perception with machine learning to mimic the driver’s behaviour. Experiments showed that up to 80% of steering and braking actions of a driver can be fully explained by such a pre-attentive model of perception. Moreover, this model was able predict the driver's steering accurately up to a full second before they started turning the wheel.

Ongoing research is investigating the full role of attention in dynamic tasks such as driving, and how a successful attentional strategy can be learnt from experience. In particular, recent experiments have allowed us to explain what is learnt by Deep Saliency models of visual attention [2].

This research is funded by the EPSRC under project DEVA: Autonomous Driving with Emergent Visual Attention.

Consider a team of robots charged with exploring an unknown environment completely autonomously. Their task will be to discover the environment’s layout, to localise themselves with respect to visible landmarks and each other, and to plan trajectories ahead.

The state of the art in robotics research provides robust methods to model a robot’s environment from vision and motion, so called SLAM (Simultaneous Localisation and Mapping), as well as for localising itself in this map using visual landmarks. Once the environment’s layout and the robot position are known, planning and navigation are also well studied problems.

What is less understood by previous research is:

In response to those questions, we have developed novel algorithms for planning optimal collaborative exploration of unknown environments by teams of autonomous robots.

This project is in collaboration with the Centre for Vision Speech and Signal Processing (CVSSP) at the University of Surrey.

Video: Humans can localise without LiDAR, can robots?

We have recently created the most accurate digital 3D model of human faces [1,2]. We introduced the largest-scale 3D morphable model of facial shapes ever constructed, based on a dataset of more than 10,000 distinct facial identities from a huge range of gender, age and ethnicity combinations.

We are currently investigating novel methodologies that will allow us to extend our 3D face modelling so that it can also represent the 3D shapes of emotive faces with unprecedented accuracy. Towards that goal, we have recently collected a new dataset of dynamic 3D facial scans of around 5,000 individuals. This large-scale dataset includes facial scans of the participants in several different facial expressions. This data collection was done during a special exhibition and technology demonstration at the Science Museum, London.

This work is in collaboration with scientists from Imperial College London and craniofacial surgeons from Great Ormond Street Hospital and Royal Free Hospital.

Science magazine featured this research project and its applications.

As part of our ongoing research, we are exploiting our highly-accurate 3D face modelling for problems of Computer Vision and Computer Graphics. Reconstructing the detailed 3D shape and dynamics of the human face has numerous applications, such as facial expression recognition, human-computer interaction, augmented reality, performance capture, computer games and visual effects, to name a few.

Despite the important advances in the related scientific fields, the existing methods have several limitations, since they can only work reliably under restrictive acquisition conditions. In our work, we seek to develop novel formulations and pioneering methodologies for dense 3D reconstruction and modelling of human faces that will be able to deal with challenging real-life image data.

We are paying particular attention to computational efficiency and to achieving unprecedented accuracy and robustness to challenging scenarios, such as low-resolution image data, severe occlusions, strong illumination changes and large intra-subject variability in facial morphology.

This work is in collaboration with scientists from Imperial College London.